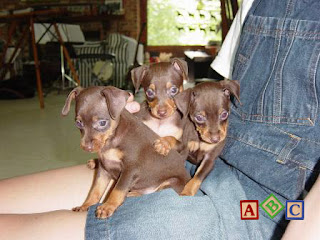 We recently were cleaning up the house, and found this picture that we had forgotten about. Little Sabine (and her brother Turner), were part of a litter of triplets. This was a picture we took on the day we picked out Sabine. In other pictures, we were surprised at how much Sabine looks like her mother. But, what impressed us the most was that this clearly means that Erin had a litter of children.

On Tuesday we took Arthur into the doctor to check out some dry skin spots on him, and to have him recheck Arthur’s flat spot and possible torticollis (favoring one side of his neck). The doctor wasn’t worried about either condition, and recommended a lotion for his skin. Arthur weighed 11 lbs, 10 oz.

Today we took them into Virginia Tech for the day, and I managed to get a bit of research done in the library. They seemed to like the outing, and as it was overcast, Coraline got to actually look out at the world from her front seat (rather than being under a sun-shade blanket).
Posted by ABC Triplets at 9:10 PM

Jimmy said...
This comment has been removed by a blog administrator.
Saturday, August 16, 2008