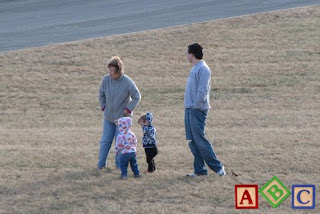 Today we tried to take the kids to a small Civil War reenactment. A few men were supposed to be camping out near a local museum to raise money to restore their unit's flag. Evidently, though, we arrived too early. No one was in costume, and only a few small tents had been set up. So we decided to play in the neighboring field. 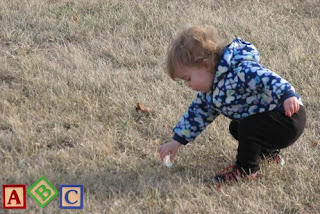 Though it was windy out, the kids loved running around, pointing at the birds, watching the trains, collecting feathers, and running down the hill. 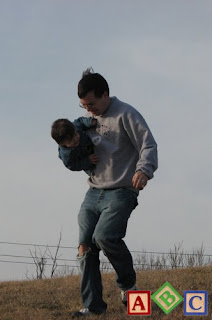