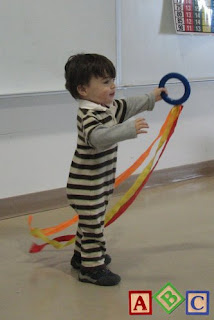 Today we finally took the kids to the "Toddler Time" we had signed up for at our local rec center. (Last week, we had chosen to go see Erin at the gym instead.) However, it is scheduled in the middle of our morning nap time, so we had to wake everyone up to bring them in. They weren't too terribly engaged with the rest of the kids and with circle time, but they enjoyed going off to play on their own. Next week we'll see if we can delay naptime until after this. 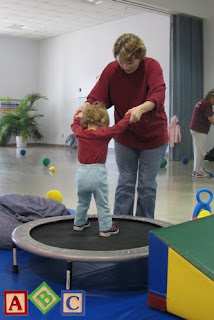 Oh, and when they asked Pop Pop what Coraline's name was, he said, "It's Cora." Somehow that got misinterpreted, and everyone now knows her as Secora. Secora was not too interested in playing with the other kids. 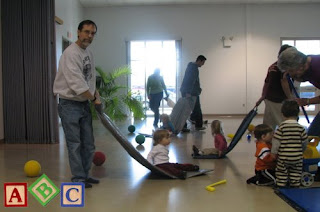